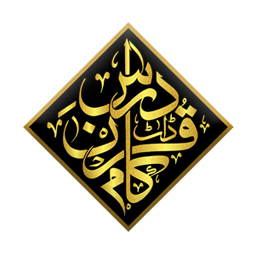 A Different Style of Preachingy (2)

His name is Dr Muhammad Imam Shah. He is 42 and hails from Jauharabad, Khoshab. He has been practicing medicine for the last 21 years. Attends patients with various diseases and complaints, which is his routine of day and night. But, past few days brought some wondering and unbelievable experiences for Dr Shah. He spent unforgettable 18 days among dying patients, old people with their backs bent, crying infants, starving human being, calamity-hit families living in the open on small pieces of land marooned in the flood water, flies buzzing all around, poisonous mosquitoes, and those who worship idols and Muslims who do not know their religion properly. Dr Shah is here with me narrating his experiences he had at the flood-hit areas of Pakistan.

“It was flood all around when I reached there about 19 days back. Now when I have returned after 18 days, the situation is not changed and the area is still inundated with the floodwater and sewage. It will take another two to three months to dry up the area. However, people in Karachi and other big cities are of the opinion that since the monsoon rains have ended, the area would have dried up, and people there would be facing no more problems. All local and foreign Non-governmental Organizations (NGOs), which collected huge funds on the name carrying out relief operations in the flood-hit areas, have also returned after their successful photo sessions. Their paper work is so strong while they also have influence over the media. They have an easy access to the donor agencies and philanthropists but practically their work is equivalent to none. The present situation in that area is that the floodwater, mixed with sewage, has been stinking, drinking water is not available, people are compelled to consume dirty water as a result, epidemics are spreading. As per survey, eight persons of a family of ten are suffering from different diseases like diarrhoea, malaria, dehydration, conjunctivitis, and blood pressure. But there is nobody to enquire about their health and console them in their hour or distress. Those who live in luxurious air-conditioned bungalows, work in well-furnished offices and travel in expensive vehicles never like to get closer to the people who are living in the dirtiest environment. Meeting such poor and poverty-stricken masses is an insult near affluent. Passing through lanes of shanty houses, inundated with overflowing sewage, is against their standard. Patting poor children who are without proper clothing is not possible for them. On the other hand, the callousness of government departments and officials concerned can be judged from the fact that they simply made an announcement that a flood is going to hit certain areas, so people should adopt protective measures on their self-help basis. They never thought that people who had already taken refuge on hillocks and other higher places, how can they adopt further measures to protect themselves against the unseen calamity. The government, by making such an announcement, horrified the people but did nothing practically for the protection of the lives of poor villagers. Ultimately when during the monsoon rains, floods hit their villages they experienced worst devastation. Their huts and makeshift houses were wiped away. It was dark all around. Small children, women and elderly people were screaming with pain, grief and fear. Later they passed many days or weeks without food as all their belongings were swept away. It was the time when the volunteers of Al-Rasheed Trust came forward and following the Ahadees-e-Nabwi, vowed to help the calamity-hit people with their all available resources. These are the Ahadees which most of the Muslims in today’s world have forgotten or ignored.

Hazrat Muhammad (sallallahu `alaihe wasallam) has said: “Allah Almighty minimizes the punishment of that Muslim who shares others’ grief and helps the other Muslim to come out of problems.” In another Hadees, Hazrat Muhammad (sallallahu `alaihe wasallam) said: “One who takes profound sleep with full stomach cannot be a Muslim if his neighbourer sleeps hungry.” One more Hadees says: “If a Muslim visits another Muslim in the morning, about 70,000 angels pray for him till the evening and if he visits an ailing Muslim in the evening then the angels pray for him till morning and also makes a house for him in the heaven.”

Moreover, Muslims remember the Hadees-e-Nabwi in which the Holy Prophet has termed the entire Ummah as one body which feels pain if any part gets hurt. But the situation here is different. There are hundreds of people who are suffering on account of calamities and there are only a few who feel their pain console them and extend moral and other support. Who are these ‘a few people’? They are the volunteers of Al-Rasheed Trust who with torches in their hands, make their way through waist-deep floodwater to reach the poverty and calamity hit people in remote areas to provide food and water to them. They also repaired the broken huts and re-erected the tent houses, which were swept away by the flood. They also helped people marooned in floods to shift to safer places and relief camps.”

Continuing his discussion, Dr Shah said, during our stay in the flood-hit areas, we not only extended the medical and other help to the people there but we also made efforts to put the innocent dwellers on right track of the religion. They are people of strong faith but on account of lack of education and awareness they are far away from the religion. Their Imams (prayer leaders) even do not know how to offer prayers properly. One of the Imams did not even know ‘Du`a-e-Qunoot’. Despite our efforts for three days he was unable to learn the ‘Du`a’ by heart. There is a system that after the death of an Imam, his son takes over the charge and leads the prayers. They do not even look like Imams by their appearance and also they cannot recite the Holy Qur’an with correct pronunciation. They do not know the basics of the religion and small religious issues. Common people are also far away from the religion, as most of them do not know the Kalimah-e-Tayyibah. And those who know the Kalimah, they recite it incorrectly. Most Muslims have names that do not convey clear message that what is their religion. There are many youth and grown up men who have not even been circumcised. During my 18-day stay there, I carried out 564 circumcisions. Only one boy was three-day-old, while rest of them were in the age group from five years to 22 years. Talking to them it was revealed that about 75 per cent of them did not give any importance to the circumcision and they considered it ‘unnecessary’. Rest of 25 per cent who held the circumcision as a religious obligation did not have resources to pay doctor’s fee for the purpose and so they let it go as it is. Our efforts, however, produced results and we could convince a number of youth to get circumcised. This gives enough to understand that there are still a lot more who have not been circumcised and they are quiet feeling ashamed of not getting it done at a proper age. Such people would not be mentally prepared to go for circumcision.

“We have set up Madrasah / Maktab in every village where `Ulama-e-Keram are imparting absolute Islamic education to the locals.”
In order to make the locals to acquire religious education, various packages and incentive schemes have been introduced like those who show up with a desire for education in the Madrasah are being offered packs of biscuits, tea and clothes. An environment has been created there that is attracting the attention of larger number of locals to come towards the religion. They are poverty-stricken and calamity-hit people and need sympathies besides financial and moral assistance. So, we are extending them at this hour what they exactly need. In return they accept our invitation and join the Madrasah.

There were about 200 patients who did not have proper Islamic names. I gave them new Islamic names while with the blessings of Allah Almighty I made about one thousand to learn Kalimah-e-Tayyibah. Moreover, I also made them to promise that they would teach Kalimah to other villages. This selfless service has not only attracted the misguided Muslims’ attention but non-Muslims, most of them Hindus, are also paying attention towards the Islam. We have seen most of Hindus praying for Muslims. We have also created an environment that people are helping each other with whatever resources they have specially at a time when there is no foreign NGO or government department for their rescue.”

While Dr Shah was explaining his experiences I was thinking that such people who really have a zeal to work for the suffering humanity should come forward and render selfless service to put more and more people on right track of Islam besides inviting non-Muslims to come into the fold of Islam. This is absolutely a different way to preaching.